Indiana County Karma Thegsum Choling (KTC) is a center dedicated to the study of Tibetan Buddhism and the practice of Tibetan Buddhist meditation in the Karma Kagyu tradition. We are one of 30+ meditation and study centers affiliated with Karma Triyana Dharmachakra (KTD) Monastery in Woodstock, New York. KTD is the North American home of the 17th Gyalwang Karmapa, Ogyen Trinley Dorje, one of the most revered enlightened teachers in all of Tibetan Buddhism. For more about KTD and the Karmapa please see www.Kagyu.org.

Since its beginning in 2004, the Indiana County KTC has been guided spiritually by His Holiness the Karmapa through Khenpo Karthar Rinpoche and the lamas of KTD, and organizationally by the KTD’s president and its national board of trustees.

An all-volunteer organization that supports itself through the generosity of its members and donors, KTC welcomes all people to attend Indiana County KTC's  weekly meditation, study, and discussion of Buddha Dharma, occasional special teachings by visiting Tibetan Buddhist teachers, and other events.
Meaning of the Center's Name

Karma Thegsum Choling is a Tibetan name meaning "Place of the Buddha's Teaching of the Three Vehicles of the Karma Kagyu Tradition."  The name of our parent center, Karma Triyana Dharmachakra, has the same meaning in Sanskrit.

Karma refers to the Karma Kagyu lineage, sometimes known as the "the practice lineage" because of its emphasis on meditation. 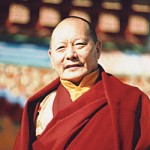 Although Khenpo Karthar Rinpoche passed away in 2019, for over three decades Khenpo Karthar Rinpoche patiently guided students unaccustomed to Himalayan traditions. As the former abbot of Karma Triyana Dharmachakra, Rinpoche was responsible for insuring that preparations are in keeping with age-old Tibetan traditions when visiting Rinpoches and lamas teach at KTD. His influence is still felt at KTD and the KTC's.  Distinguished visitors included His Holiness the Sixteenth Karmapa, His Holiness Sakya Trizin, all the regents of the Karma Kagyu lineage, and numerous eminent Tibetan teachers.  For more information about this influential and beloved teacher, go to Khyabje Khenpo Karthar Rinpoche (1924-2019) - KTD (kagyu.org)

Lama Karma Drodhul, Khenpo Karthar Rinpoche’s nephew and principal attendant and assistant, was appointed as the president of KTD by H.H Karmapa in September of 2018 and is currently working at KTD and teaching at KTD..  As a youth, Lama Karma excelled in all aspects of Dharma study at Thrangu  Monastery and Thrangu Rinpoche sent him to the U. S. to deepen his understanding of the Dharma under the tutelage of Khenpo Karthar Rinpoche.  In March 2004, Lama Karma completed his first, and in February 2008 his second, traditional three-year, three-month retreat under Khenpo Karthar Rinpoche at Karme Ling Retreat Center. He has traveled to centers throughout North and South America to teach for the past 10 years.  He is the author of Amrita of Eloquence: A Biography of Khenpo Karthar Rinpoche and Siddhas of Ga: Remembered by Khenpo Karthar Rinpoche.
Lama Kathy Wesley (Lama Gyurme Chötsö), a native of Columbus, Ohio, has studied Tibetan Buddhism since 1977. She has been active in the Columbus Karma Thegsum Choling since its inception in 1977, and has served the center in a variety of roles, including meditation instructor, newsletter editor, and secretary. From 1986 until 1991, she was the center’s Administrative Director. Lama Kathy now serves the Columbus KTC as its resident teacher.  From June 1993 until May 1996, Kathy participated in a three-year retreat led by The Ven. Khenpo Karthar Rinpoche at the Karmé Ling Retreat Center in Delhi, N.Y. You can learn more about her at www.lamakathy.net